Rajyogini Dadi Janki
Everyone wants to be loved for who they are. When we appreciate others fully it boosts our self-esteem and helps us pass on a loving attitude to additional others. Even though I may not see the results immediately, love always works.

Now internationally acknowledged as a great spiritual leader, Dadi’s lifelong focus has been to align her mind and heart to God’s will and purpose. She experiences God as a source of pure love and wisdom, and has made those qualities the foundation of her life. This spiritual strength enables her to be a beacon of light in the lives of others.

Dadi is deeply and compassionately aware of the selfish tendencies that currently afflict human relationships and affairs, and that put our world in peril. However, she is a visionary, with an unswerving optimism. “In the winter, we foresee the spring”, she says. “Those with a positive vision of the future give us an image of a world on this planet where all things are given freely, where the highest human potential is fully realised.” That future world is guaranteed, in Dadi’s eyes, but to reach it, our consciousness has to change.

Dadi is a pioneer of a modern form of the ancient art of Raja Yoga. Through this structured and disciplined method of spiritual development, she has shown thousands of people of all backgrounds and walks of life how to regain true self-respect, to become free of addictive and negative tendencies and thereby able to contribute more to present-day society as well as a future world.

Early days
Dadi was born in 1916 in the northern Indian province of Sind, now part of Pakistan. From her earliest days, a concern for the wellbeing of others was a driving force in her life. Her childhood memories include travelling around in her father’s horse and carriage to advocate the benefits of a vegetarian diet and sitting with the sick and elderly to help lift their spirits. She spent only three years in formal education and then went on many pilgrimages in her search for truth and the understanding of the Divine.

In 1937, at the age of 21, Dadi joined the Ishwariya Vishwa Vidyalaya founded by Prajapita Brahma. Formerly known as Dada Lekhraj, Brahma Baba had been a successful jeweller whose visionary experiences as he approached the age of 60 led him to dedicate his wealth to the task of spiritual renewal. One of his insights was that women, who at that time were granted few rights of self-determination, represented a huge, under used spiritual resource. Between 1937 and 1951 a community of nearly 400 was formed, comprised mostly of women.

The community devoted this time to intense spiritual endeavour. The exploration of soul consciousness in meditation awakened a deeper awareness of the original and eternal identity as a source of all spiritual attainments. The practice of remembrance of God was mastered as the method for self transformation.

This period laid the foundation of a life of freedom from the limitations imposed on women at that time. Despite the joy they experienced at their new-found liberation, conditions were sometimes daunting and Dadi’s role demanded hard physical work as well as sensitivity and skill, as she was appointed nurse to this group of pioneers. She was helped by the fact that through much of her life she had endured a series of illnesses that both tested and helped her to develop and refine her ability to conquer physical infirmity.

Service abroad
In 1974, Dadi left India to carry the teachings overseas. She based herself in London, now the International Co-ordinating Office of the BKs. Through word of mouth and personal experience, others soon realized that the spiritual university’s core teaching, of regaining self-reliance through understanding and connection with the Supreme, was a need of the times in Western society. Many have experienced that an over-emphasis on material success has led to spiritual poverty and a decline in the higher values that spring from our spiritual roots.

Through Dadi’s guidance and inspiration, centres teaching Raja Yoga now exist in more than 100 countries. Regular students carry the benefits received into their family and workplace. Teachers offer free courses in meditation, positive thinking, self-esteem and other self-development tools, as well as conducting programmes in hospitals, offices, schools, prisons and in other community contexts.

Dadi has also led the development of several international projects promoting vision, values and action at grass-roots level. The Brahma Kumaris maintain a strong presence and contribution at the United Nations, and Dadi served as one of the Keepers of Wisdom, an advisory group of eminent spiritual and religious leaders, at the UN Earth Summit in Rio, Brazil and at Habitat II in Istanbul, Turkey.

In 1997, the Janki Foundation for Global Health Care was established and launched in her honour in London. A charitable trust, it supports the work of the Global Hospital and Research Centre in Mt Abu, Rajasthan, as well as promoting greater awareness of holistic health and the spiritual dimension of health care world-wide.

Dadi has promoted inter-religious understanding and co-operation throughout her life. She is a Patron of the World Congress of Faiths and a member of the Global Peace Initiative of Women Religious and Spiritual Leaders. In December 2003 she was invited as a spiritual resource to be part of a small delegation of religious leaders who took part in dialogues in Jerusalem, Gaza and Ramallah, to help build trust and develop joint initiatives between Palestinian and Israeli women.

Now in her nineties, Dadi still travels extensively, enabling leaders from the worlds of politics, religion, medicine, science, education and other fields, as well as individuals at every level of society, to absorb spiritual strength by renewing their own link with the divine.

Among her many honours, in 2004, Dadi was awarded the Grand Cordon of the first order of Al Istiklal (the Medal of Independence) by HM King Abdullah ll of Jordan in recognition of her humanitarian service to the world. 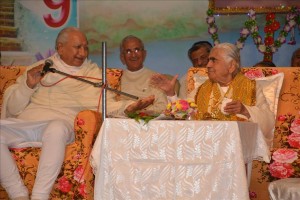 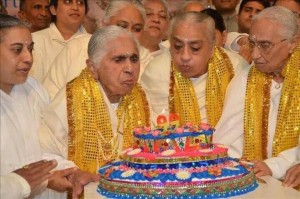