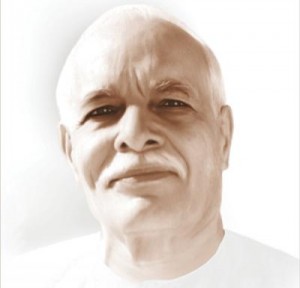 Simplicity and humility are said to be the nature of great souls, and so it was with Prajapita Brahma, the corporeal founder of the Prajapita Brahma Kumaris Ishwariya Vishwa Vidayalaya, known as Brahma Kumaris in short.
Prajapita Brahma, whose given name was Lekhraj, had humble beginnings. His father was a schoolmaster and he himself started his career as a small grain merchant. He later entered the diamond trade and, through his integrity, professional expertise, gentlemanliness and religious disposition, became a highly respected member of his community.

Even before he got a series of divine visions at the age of 60 which inspired him to create a small community of spiritual seekers that later grew to be the Brahma Kumaris, Prajapita Brahma had qualities that marked him out as someone special. An indescribable charisma surrounded him and his eyes radiated love, compassion, understanding and strength. His diamond trade brought him in contact with the rulers of princely states in colonial India and he counted kings as well as the British Viceroy among his friends and clients. However, neither his contact with the high society nor his own great personal wealth lessened his humility and simplicity.
Brahma Baba, as Prajapita Brahma is lovingly referred to, was generous in charity, royal in his behavior and liberal in outlook, but he did not make a show of his qualities and never accepted luxury, praise or any kind of glorification.

After the Om Mandali, as the Brahma Kumaris was initially known, came into being, Brahma Baba was responsible for the care and well-being of more than 300 men, women and children who formed the self-contained spiritual community.

He dedicated all his wealth to the community and sustained its members in the most royal way, with all their physical and spiritual needs taken care of generously. But he made sure that there was no waste or extravagance in the lifestyle of the community members.

The simplicity and spirit of sacrifice he practiced and instilled in others helped the community live through a period of hardship after they moved from Pakistan to Mount Abu in India following the partition of sub-continent.
That was a time when often there used to be little to eat in the institution, and the members used to go out in the hills and have a breakfast of wild berries. But Brahma Baba’s indomitable faith in God and His mission helped him remain carefree through such situations, and his unshakable state of mind gave strength to others to face similar tests.

The institution grew later, opening centres in various parts of India and attracting adherents to the spiritual principles it propagates. But Brahma Baba’s lifestyle remained simple as before. He used to wear inexpensive, plain white kurta and dhoti and even as the headquarters in Mount Abut expanded, he continued to live in a small room with no attached bathroom. He avoided using any new amenities for himself and saw to it that these were used in a worthwhile way for everyone’s benefit. When members of the institution visiting Mount Abu brought various gifts for him, he would accept them so as not to disappoint the visitors, but would later give them to others.

Despite his advanced age, Brahma Baba worked long hours, effortlessly doing all kinds of work, including the most menial ones. He taught others that one should not work for winning personal glory or fame, for he considered having the desire for praise and reward as a subtle form of begging as a weakness of character.

Though Brahma Baba attained the highest state of perfection a human soul can aspire for, he always kept himself incognito and reminded everyone to remember only the Supreme Soul and not any human being. Behind his self-effacement was untiring spiritual effort, through which he ultimately transcended his physical existence and attained angelhood on January 18, 1969, leaving behind a life story that continues to inspire hundreds of thousands of people around the world.